Well… it is 11:00 PST and one more hour until end of 2007 and beginning of 2008. So I have one hour to quickly reflect on some of the things in 2007. Before I forget… WAR EAGLE Auburn won the Chick-fil-a Bowl (the bowl formally know as the Peach Bowl). It was a classic Auburn game… down to the wire with an OT score of 23-20 Auburn. Today is my parent’s last day in Seattle, they are taking the red eye flight back to Alabama on New Years Eve. I miss them already. I can’t believe how quickly 2 weeks went by and all the sudden I am alone in my apartment.

So… 2007 was an interesting year. I accomplish some of the goals that I set in the beginning of the year… (look back on my old blog entry 😉 but not all.so what happened in 2007…

– Well… the biggest thing is that I left Ephrata, WA and Grant County PUD. It was a good job and it was a wonderful place, however, I wanted more, so I took a new direction with my career. I did not start my own consulting firm, but I did join a consulting firm called Sparling.

– In 2007, I said good bye to few friends, I said hello to some new friends, and reconnected with some old friends. The most importantly, I re-establishing my relationship with Hsiu Hsiu. 🙂

– I bought a cookbook and started cooking more… however that changed when I move to Seattle.. work and school got busy.

– I did start investing.

– I bought an Iphone and I love it

– All in all a pretty good year…

– Only 9 more credit hours left for school… Let’s go for all A’s.
– Go for the gold at work!!!
– Publish in a publication… (work encourages that too 😉
– By a house
– Visit Hsiu Hsiu more
– Visit family more
– Lose that dang weight!
– Snowboard at Whistler
– Cook more stuff myself 😀
– fix my stupid dents in my car…
– be more flexible and stop being so stubborn sometimes 😛 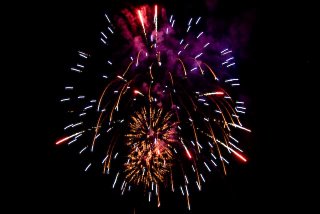